How BMI Obfuscates Public Health and Clinical Approaches to Obesity 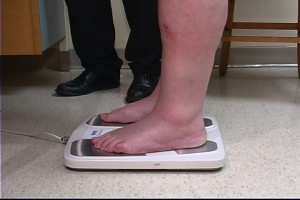 When Adolphe Quételet came up with the “Quételet’s index” in the 1800’s, to chart the range of heights and weights of army conscripts, he could not have foreseen that this simple formula (now renamed the Body Mass Index or BMI) would one day be used to describe an “epidemic” or even to make a clinical “diagnosis”.

Now a discussion paper by Stuart Nicholls, from the University of Ottawa, published in Social Science and Medicine, addresses the inadequacy and shortcomings of BMI both as a measure of population health and in clinical practice.

While Nicholls also discusses the misuse of BMI as a (rather poor) surrogate for body fatness, his main argument against the use of BMI rests on the overly simplified usage of BMI-based obesity classifications and the problematic application of population level standards to individuals.

As Nicholls reminds us, a consequence of the very process of classification itself

Apart from any implications this may have for clinical practice, Nicholls points out that the use of such classification can have real detrimental effects on individuals.

“Grouping does not just classify weight, it classifies people. An often neglected effect of classification is that it can affect how we see those so classified in ways that are more substantial. For example, the classification of people as being of normal or ill health often affects how we respond to them, both in terms of resource allocation (as mentioned above in the pre-emptive role of classification), but also in a personal sense; it may affect whether we wish to associate with the individual or how we do so. This latter sense may be an outcome of stereotypes which, themselves, involve a process of classification: population level generalizations are applied to individuals, removing the complexity of variation and neglecting individual differences within groups.”

Nicholls is also concerned about the appearance of “objectivity” that comes from the use of standardization and classification, when the reality is one of considerable inter-individual variation and uncertainty. This is particularly true in the adoption of BMI as a definition across ethnic populations (especially in a country like Canada), where

“..the appearance of population specific cutoffs indicates the non-standard nature of differing populations and fallacy of attempting to produce international standards that are inappropriate to the context to which they are being applied.”

“Definitions of overweight using the BMI, provides only a crude population-level measure, and while valuable for its convenience and simplicity in public health surveillance, screening, and similar purposes it lacks the sensitivity or specificity to be used as a diagnostic tool.”

Yet, despite these limitations, BMI continues to be used in clinical practice to diagnose “obesity” and has found its way into clinical, bureaucratic and regulatory guidelines for which it was never intended.

“…the way in which the BMI has become institutionalized and implemented without acknowledgement of the uncertainty that is inherent in the simple height-to-weight metric. Yet to apply population characteristics within an individual clinical encounter, solely on the basis of individual BMI, obscures the variance contained within population estimates and inappropriately simplifies the relationship between health effects and overweight or obesity.”

Nicholls also reminds us of the “ecological fallacy”, where relationships found in aggregate level data are (wrongly) assumed to apply at the individual level.

“Even if data is collected at the individual level, associations are based on group averages and it is an error to assume that these averages of the group are applicable to specific individuals within the group……A serious concern raised by this is the failure to acknowledge the effects of such simplification for individuals. This not only relates to the ascription of negative stereotypes associated with overweight and obesity, but also in terms of treatment interventions that may have differential effects if the individuals’ specific circumstances are not considered.”

As regular readers will recall, we proposed the Edmonton Obesity Staging System, which takes into account individual medical, mental and functional impacts of excess weight, for exactly this reason – taken by itself BMI is simply irrelevant for clinical decision making and will necessarily result in the overtreatment or undertreatment of millions of individuals deemed to be in one category or another simply because their body weight divided by the square of their height happens to fall below or above a rather arbitrary cut-off.

Health cannot be measured by stepping on a scale.