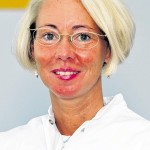 Back in the early 2000s it was still possible to crank out papers that compared allelic distributions of single-nucleotide polymorphisms (SNP) of ‘candidate genes’ in tiny populations.

Today, anyone involved in studying the genetics of complex diseases knows that even 10s of thousands of subjects may not be enough to finding any meaningful genetic ‘signals’ and even those are likely to attract little attention unless replicated in other large sample sets – but back then – this type of work was considered ‘state-of-the-art’ (as evidenced by the fact that you could still get papers on candidate SNPs into reputable journals).

One such example is a paper authored by my colleague Eva Brand, which we published in the International Journal of Obesity that looked at the allelic distribution of a relatively common variant of the tumour-necrosis-factor (TNF) alpha gene (G308A) in a group of subjects recruited for the the BErG (Berlin Ernährung Geschwister).

It turned out that 308A allele carriers had a ‘significantly’ higher BMI than G allele carriers but that was about it – we found no differences in other metabolic parameters or risk factors.

Looking back, I guess we were pretty excited to find such a ‘significant’ relationship between BMI and a genetic ‘marker’, something that in hindsight may be quite embarrassing to admit.

Nevertheless, according to Google Scholar, this paper has been cited 62 times – go figure!