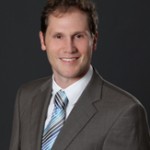 One of the widely accepted notions about the now defunct anti-obesity drug, which was well known to increase heart rate and blood pressure, was that it was a sympathomimetic drug. However, as we showed in a study published in CIRCULATION back in 2002, this story was not really that simple.

In this study, we carefully characterized the effect of sibutramine relative to placebo on cardiovascular responses to autonomic reflex tests and to a graded head-up tilt test. in 11 young healthy volunteers, who were given sibutramine or matching placebo (ingested 26, 14, and 2 hours before testing) in a double-blind and crossover fashion.

As expected, sibutramine increased both blood pressure and heart rate, an effect that was completely blocked by co-administration of metoprolol.

From these studies we concluded that the cardiovascular effect of sibutramine resulted from a complex interaction of peripheral and central nervous system effects.

We postulated that a inhibitory ‘clonidine-like’ sympatholytic action of sibutramine on the central nervous system attenuates the peripheral stimulatory effect.

Interestingly enough, this hypothesis was later borne out by other investigators, who demonstrated that sibutramine did indeed lower blood pressure in hypertensive individuals while modestly raising it in those with normal blood pressure.

According to Google Scholar, this paper has been cited 71 times.