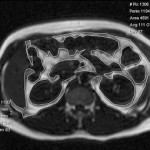 Regular readers will be well aware of the evidence that a subset of people living with obesity can be remarkably healthy despite carrying a rather large amount of body fat.

This issue of “healthy obesity” was the topic of the 13th Stock Conference of the International Association of the Study of Obesity, the proceeding of which are now published in Obesity Reviews.

“The ‘healthy obese’ phenotype was described in the 1980s, but major advancements in its characterization were only made in the past five years. During this time, several new mechanisms that may be involved in health preservation in obesity were proposed through the use of transgenic animal models, use of sophisticated imaging techniques and in vivo measurements of insulin sensitivity. However, the main obstacle in advancing our understanding of the metabolically healthy obese phenotype and its related long-term health risks is the lack of a standardized definition.”

The latter is a real problem because finding people with obesity, who are truly metabolically and otherwise healthy becomes harder the higher the BMI gets – this makes the study of this phenomenon rather challenging.

“One of the most consistent characteristics of metabolic health in obesity across studies in humans is reduced liver lipid. This is likely the consequence of increased capacity for storing fat coupled with improved mitochondrial function in adipose tissue and decreased de novo lipogenesis in liver. This can also result in decreased deposition of lipids, including bioactive species, in skeletal muscle. Decreased adipose tissue inflammation with decreased macrophages and a unique T-cell signature with an anti-inflammatory circulating milieu were also suggested to characterize metabolic health in obesity. Anecdotal data support a possible role for healthier lifestyle, including increased level of physical activity and healthier diet. It remains to be established whether a favourable metagenomic signature is a characteristic of metabolic health in obesity.”

“..three energy dissipation pathways, oxidative phosphorylation, fat oxidation and amino acid catabolism showed preserved pathway activities in subjects who are MHO at a level similar to their lean counterparts. In contrast, these pathways were significantly down-regulated in adipose samples from obese twins with metabolic disturbances. Another potential hallmark of metabolic health, a favourable inflammatory profile of the adipose tissue was also observed in the MHO twins. Also, the fat cells of the MHO twins were smaller with evidence of more active differentiation processes within the fat tissue. As multiple mitochondrial pathways are vital in adipocyte differentiation [29], it is possible that mitochondrial malfunction impairs the development of new fat cells, which in turn results in an inability of the adipose tissue to expand under conditions of energy excess. This failure of fat cell proliferation has long been suspected to constitute the framework for ectopic fat storage, insulin resistance and type 2 diabetes.”

Other speakers discussed other aspects including immune function and microbiata in this phenomenon.

Finally, the authors concluded that,

“identifying underlying factors and mechanisms associated with this phenotype will eventually be invaluable in helping the scientific and medical community understand factors that predispose, delay or protect obese individuals from metabolic disturbances. It is essential to underscore that the MHO concept presently only address the cardio-metabolic risks associated with obesity; it is therefore important that patients who are MHO are still very likely to present many other obesity-related complications such as altered physical and/or physiological functional status, sleep problems, articulation and postural problems, stigma, etc. Importantly, the MHO concept supports the fact that classification based on excess adiposity per se (e.g. BMI or body composition if available) should be supplemented with obesity-related comorbidities, e.g. with fasting insulin as proposed by the Edmonton obesity classification system.”

Certainly a space to watch as we learn more and more about the “healthy obesity” phenotype.