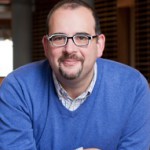 Today’s guest post comes from Michael Orsini, Ph.D., Associate Professor in the School of Political Studies, and currently Director of the Institute of Feminist and Gender Studies at the University of Ottawa. He specializes in the study of health policy and politics. He is seeking support for his project, which explores obesity as a case study along with two other cases (funded by the Social Sciences and Humanities Research Council of Canada). He will be attending the upcoming Canadian Obesity Summit in Toronto and will be meeting with researchers and policy makers who are interested in participating in the project.

Emotions are central to public policy, yet we have a limited understanding of their influence. Civil society actors are chided for being too emotional or unable to think rationally about policy issues, while bureaucrats and policy makers are accused of being cold, unfeeling beings unable to express basic emotions such as empathy.

In the field of obesity, debates among researchers, policy makers and the general public are characterized by a jumble of complex moral emotions. They can be pitied for their “careless” lifestyles, treated with compassion for inability to make better choices, or become objects of disgust. The roots of obesity are framed in emotion‐ laden terms, with individuals accused of literally ‘eating their feelings’, using food to deal with other, deep‐seated problems. As a societal problem, obesity is difficult to separate from the capitalist system of production. As scholars in the field of fat studies remind us, in our neoliberal age, paradoxically, individuals are exhorted to consumer more and eat less. Talk about a mixed message.

The research project I recently began explores how a series of complex moral emotions such as shame and disgust can structure how we think about policy problems, and reminds us that labelling “good” and “bad” emotions might be misguided. The social science literature on obesity has expanded in recent years, with scholars examining the links between obesity as a pressing policy problem and broader neoliberal projects of responsibilization. While there has been prolonged attention to the health effects of obesity, especially as they relate to children, there are growing concerns about “the globalization of fat stigma”, and how policies purported to help obese people might actually compound their stigmatized status. In addition, weight‐related stigma has extended beyond to include countries with previously positive attitudes toward larger bodies. While Canada has yet to invoke incendiary language likening fat to “a form of domestic terrorism”, governments at both the federal and provincial scales have stepped up their anti‐obesity efforts. Fat acceptance activists challenge the epidemic language summoned to justify (sometimes coercive) policy interventions to deal with obesity, and how it reinforces gendered constructions of idealized bodies.

How do emotions shape the contours of policy in the field of obesity even if there is a general reluctance to acknowledge that emotions might matter in policy making? Moreover, how do emotions interact with evidence‐based policy, in which policy makers are exhorted to base decisions on the best available evidence and resist succumbing to other pressures? Everyone, of course, supports the idea that policy should be rooted in the evidence. Is it possible to imagine otherwise? Yet we know that decision‐making is sometimes based on the flimsiest of evidence. Yes, this is hardly news: politics often gets in the way of enlightened policy making.

Instead I am interested in what happens when we explicitly recognize that emotions might matter in helping us to arrive at collective decisions about what to do (or not) about obesity. How do different orderings of emotions – what some people call “feeling rules” ‐‐ help us to think about the ways in which emotions are discursively managed in complex policy environments? I am focusing on emotions in the field of obesity policy because I think it can help us to better understand the distinctive character of these debates, as well as key concepts that underpin the study of public policy such as rationality, evidence and power. I am particularly interested in hearing from researchers and practitioners who are working on the frontlines about how they manage their own emotional responses to issues related to obesity. Is there a potentially positive role for stigma, as some have argued in the case of smoking cessation programs, which have been successful in demonizing smokers?

The perspective I advance here seeks to move beyond conventional approaches to policy analysis that privilege rationalist forms of inquiry in which “facts” and “data” prevail over values and subjective knowledge. The “success” of some policy actors to contest characterizations of them in policy depends on their ability to challenge the “feeling rules” that govern the policy landscape. Once we expand our analysis to consider the myriad effects of emotions in obesity policy discourse, we will need to reconsider essentialist categories of feeling or unfeeling actors, especially those in stigmatized communities.

For more information and to schedule an interview at the Canadian Obesity Summit, please contact Michael at morsini@uottawa.ca