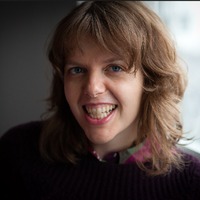 Yesterday’s opening plenary talk at the 4th Canadian Obesity Student Meeting, hosted by the Canadian Obesity Network’s Students and New Professionals (CON-SNP) network, was given by Dr. Jenny Ellison from the  Frost Centre for Canadian & Indigenous Studies at Trent University, on the history of fat activism in Canada.

In her talk, Ellison, presented a broad historical overview of how fat stigma and messaging around fat has evolved over the years.

From the early “Christian” view of obesity as a deadly sin, moral failing and lack of will power and the beginning of the obsession with body shape and size in the early half of the 20th century to the growing movement of fat acceptance and understanding of the negative consequences of fat stigma and fat politics for larger people.

She concluded with an overview of how informal networks within the fat activist movement are self-organising online sharing a wide range of information from finding physicians to identifying safe spaces where they can interact.

Ellison also complimented the Canadian Obesity Network on taking a strong stance against weight stigma and discrimination, thus opening up the possibility for a different future.

A recent paper by Ellison on this subject is available here.