Evidence for Benefit of Psychological Intervention Before Bariatric Surgery 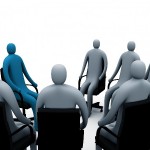 Nevertheless, most people working in the field, tend to agree that, when present, emotional drivers of weight gain are best dealt with before rather than after surgery.

Now, a randomised controlled trial by Hege Gade and colleagues from Tromsø, Norway, published in The Journal of Obesity, shows the benefit of 10 weeks or cognitive behavioural intervention in patients seeking bariatric surgery, who present with dysfunctional eating behaviours.

A total of 98 (70% females) patients with a mean age of 43 years and BMI of 43.5 kg/m2 were randomly assigned to 10 weeks of weekly CBT-group therapy or usual nutritional support and education (controls).

The CBT sessions were included learning to recognize triggers of dysfunctional eating, identifying associated cognitions and emotions, initiating plans for change, and home-work tasks between sessions.

Compared the controls, the CBT-group showed a remarkable improvement in eating behaviours as well as improvements in depression and anxiety scores at the end of the intervention. They also experienced some modest weight loss (~3 kg).

While these benefits speak for the effectiveness of CBT, the study does not provide any outcome data post-surgery to show that these patients do better after surgery than the controls – that, I believe, remains to be shown.

Nevertheless, common sense suggests that dysfunctional (emotional) eating (when present) is perhaps best dealt with prior to surgery than after the procedure.