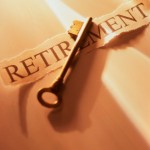 The tremendous economic impact of obesity on individuals has been well documented. Previous studies have shown that the lifelong earnings of obese men and women are substantially lower that the lifetime earnings of non-obese individuals, in part due to decreased upward socioeconomic mobility. Obesity is also linked to early disability and absenteeism- a substantial cost to the economy.

Data from the Atherosclerosis Risk in Communities (ARIC) were analysed for participants aged 45-55 years at baseline (n = 6,483) with regard to the associations between weight status at age 25 and ages 45-55 and age at early retirement (prior to age 65) over 9 years of follow-up.

After adjustment for gender, race, education, household income, health insurance status, occupation, occupational physical activity, marital status, smoking, and field center, overweight and obesity were associated with early retirement (increased risk between 20 and 60%) in all groups but white women. Furthermore, overweight at age 25 and obesity at ages 45-55 were associated with early retirement for health reasons among African-American and white men and women.

These findings are interesting, because with the high prevalence of obesity amongst the retiring baby-boomers, the vast numbers of active work years at stake are significant. Readers of these pages may recall that the true annual cost of obesity in Australia was recently estimated at a staggering $ 58 Billion – a number that could translate to $95 Billion for Canada.