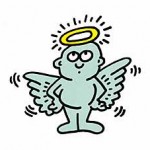 Readers of these pages may be following the current “Climategate” uproar about the leaked (or rather hacked) correspondence between leading climate researchers, who it now appears were quite actively bending the truth to ensure that evidence in support of global warming was overblown, while publication of data that failed to support this idea was actively suppressed.

No doubt, the researchers working at the Climatic Research Unit at the University of East Anglia (from where the e-mails were leaked), may well have believed that their deeds were justified as a means given their own (ideological?) convictions regarding the potentially catastrophic effects of man-made climate change.

It now turns out that climate research may not be the only area of research where some scientists appear to happily misrepresent scientific evidence (by overblowing data that support their ideas while underplaying or ignoring contradictory data) for what they may well perceive to be righteous ends.

Thus, in a paper just published by Mark Cope and David Allison from the University of Birmingham, Alabama, USA, in the International Journal of Obesity, it appears that this ‘white hat bias’ (WHB) may also play a role in the community of obesity researchers.

To assess the role of WHB, Cope and Allison examined how findings on the potential relationship between obesity and sugary beverages (as a risk factor) or breast feeding (as a protective factor) were reported and discussed in the obesity literature.

Their analyses illustrates convincingly how citation bias (citing positive articles while ignoring or misrepresenting negative articles), publication bias (increased likelihood of publishing positive findings) and miscommunication in press releases (where inconclusive data are presented as conclusive, while contradictory or non-supportive data is ignored or under played) suggests that some obesity researchers may well be driven more by their feelings of righteous zeal or indignation toward certain aspects of industry, than by what the data actually shows.

Thus, the papers analysed by Cole and Allison provide many examples where the putative relationship between the obesity promoting effects of sugary drinks and the obesity preventing effects of breast feeding are presented as far more robust than the actual data would suggest.

Paradoxically, while much concern has been raised about the potential bias resulting from industry sponsored trials, according to Cope and Allison, publication bias and misrepresentation of data appears to be particularly rampant in non-industry sponsored studies (perhaps reflecting the anti-industry bias of non-industry funded researchers?).

Clearly it appears that researchers’ ideologies and beliefs are an important source of bias especially, in areas such as climate change or obesity, where finger pointing and passing the blame appear to be driven by politics and opinions rather than hard evidence.

As Cole and Allison note:

Certain postulated causes (of obesity) have come to be demonized (for example, fast food, NSBs, formula feeding of infants) and certain postulated palliatives (for example, consumption of fruits and vegetables, building of sidewalks and walking trails) seem to have been sanctified. Such demonization and sanctification may come at a cost. Such casting may ignite feelings of righteous zeal.

…we scientists have, as a discipline, our own code of conduct. Central to it is a commitment to faithful reporting, to acknowledging our study limitations, to evaluating bodies of evidence without selectively excluding information on the basis of its desirability. in short, a commitment to truthfulness.

The demonization of some aspects and sanctification of others, although perhaps helpful in spurring social action, may be more harmful to us in the long run by giving unconscious permission to breach that code, thereby eroding the foundation of scientific discipline.

Comments are very much appreciated.