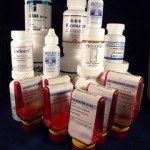 In the continuing saga of putative metabolic or cardiovascular benefits of this or the other vitamin, the current attention appears to be largely on vitamin D (given that the effects of supplementing other vitamins on these parameters have either been found to be non-existant or even harmful).

Much of the rationale for vitamin D is based on the known biological action of this vitamin (in experimental settings) and on the rather widespread suboptimal vitamin D levels found in a substantial proportion of the population (especially in nordic countries like Canada).

This said, a new systematic review on the role of vit D on glycemic control by George and colleagues from the University of Dundee, UK, published in Diabetic Medicine, finds little effect of vitamin D (or analogues) on preventing or improving diabetes control.

Their review of 15 randomised controlled trials – all of rather moderate quality – showed no significant improvement in fasting glucose, HbA(1c) or insulin resistance in those treated with vitamin D compared with placebo.

For patients with diabetes or impaired glucose tolerance, meta-analysis showed a small effect (non-significant) effect on fasting glucose and a small improvement in insulin resistance but no effect on HbA(1c) levels.

As the authors also note, due to the rather short duration of these trials, there was insufficient data to draw conclusions regarding micro- or macrovascular events.

Furthermore, in the two trials that looked at this issue, there was no reduction in new cases of diabetes in patients treated with vitamin D.

Thus, despite the considerable hype about vitamin D in the popular literature, there is currently no evidence that recommending vitamin D supplementation as a means of preventing diabetes or improving glycaemia or insulin resistance in patients with diabetes is warranted.

Not that this is likely to stop anyone from still expecting wonders from this vitamin beyond its well-recognised benefits (largely on bone health) in patients who do have severe vitamin D deficiencies.