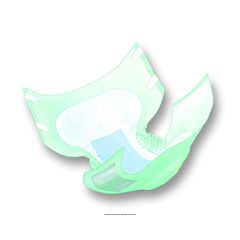 Urinary incontinence is perhaps one of the most bothersome (and least talked about) “mechanical” complication of obesity.

Although pelvic exercises and urological surgeries can go a long way in alleviating the symptoms, excess abdominal pressure directly resulting from excess abdominal fat, often exerts a physical force that no sphincter will withstand.

However, evidence that weight loss will actually improve urinary incontinence is hard to come by.

Thus, clinicians may wish to refer to the study by Subak and colleagues, published in JAMA Internal Medicine, which examines the effects of bariatric surgery on urinary incontinence.

The study involves around 2,000 patients form 10 US hospitals, who were followed after bariatric surgery for 3 years.

Improvements were directly linked to the amount of weight loss as well as to whether or not the patient was mobile.

This study provides strong evidence in support of the notion that weight loss with bariatric surgery can markedly improve urinary incontinence in both men and women.

Whether or not non-surgical weight loss has similar effects remains to be seen.