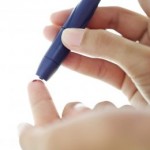 Since the introduction of SGLT-2 inhibitors (“gliflozins” or “glucoretics), as an insulin-independent treatment for type 2 diabetes, that works by blocking glucose reabsorbtion in the kidney resulting in loss of glucose (and calories) through the kidney, much has been written about the (albeit modest) weight loss associated with this treatment.

Several studies have documented that the weight loss leads to a change in body composition with an often significant reduction in fat mass.

Now, Giuseppe Daniele and colleagues, in a paper published in Diabetes Care, show that treatment with these compounds may enhance fat oxidation and increase ketone production in patients with type 2 diabetes.

The researchers randomized 18 individuals with type 2 diabetes to dapagliflozin or placebo for two weeks.

Moreover, dapagliflozin increased lipid oxidation resulting in a four-fold increase in plasma ketone concentration and and a 30% increase in fasting plasma glucagon.

Thus, the authors note that treatment with dapagliflozine improved insulin sensitivity and caused a shift from glucose to lipid oxidation, which, together with an increase in glucagon-to-insulin ratio, provide the metabolic basis for increased ketone production.

While this may explain the recent observation of a greater (albeit still rather rare) incidence of ketoacidosis with the use of these compounds, these findings may also explain part of the change in body composition previously noted with SGLT-2 treatment.

While this still does not make SGLT-2 inhibitors “weight-loss drugs”, there appears to be more to the fat loss seen with these compounds than just the urinary excretion of glucose.