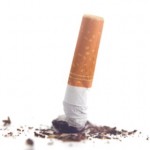 As most smokers are well aware, smoking cessation is often accompanied by a variable amount of weight gain, and there is some evidence that some people (particularly young women) primarily smoke to control their appetite and weight.

Indeed, as blogged previously, the progress on fighting tobacco in the US may be eroded by the gains in obesity rates, as over the past 15 years, smoking rates in the US have declined by 20%, whereas obesity rates have increased by 48%..

So do policies that address tobacco consumption increase the prevalence of obesity?

This question was addressed by Anindya Sen and colleagues from the University of Waterloo, Ontrario, in a paper just published online in the journal Health Policy.

In this study, the researchers used the the substantial cross-province differences that exist between Eastern and Western Canada to estimate the effects of higher cigarette taxes on aggregate health region and individual level data from the 2003 and 2005 waves of the Canadian Community Health Surveys (CCHS).

According to their estimates, a 10% higher cigarette tax is correlated with a 4% lower rate of smoking but also a 4-5% higher prevalence of obesity. These findings were robust across several models that took into account various demographic variables and potential confounders.

The researchers conclude that health benefits from higher cigarette taxes and lower smoking rates may be partially offset by a corresponding increase in obesity levels.

However, given the tremendous negative impact of smoking on health, one would need to gain quite a considerable amount of weight to fully negate the many potential benefits (less heart disease, COPD, cancers, amputations) of smoking cessation.

As blogged before, this may be easier said than done.