Common Scientific And Statistical Errors In Obesity (And Other) Research 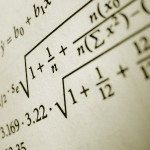 The quality of scientific evidence can only ever be as good as the research methodology and data analyses that goes into creating this evidence.

While poor research methodology, flawed statistical analyses and overstating of findings is by no means particular to obesity research, the wide public interest in the topic of obesity (causes, prevention, treatments) means that flawed outcomes from flawed studies get transmitted to a much larger audience of individuals with a keen interest in this topic.

Thus, the danger of flawed research contributing to widely held misconceptions about obesity can directly lead to poor public policy and ineffective interventions that perhaps have a much broader impact that in other fields of health research.

Thus, it is admirable, that the latest issue of OBESITY features three articles on issues related to the quality of research in this field, highlighting some of the most common and pervasive methodological shortcomings of much of the work.

Thus, for e.g. a paper by Brandon George and colleagues list the 10 most common errors and problems in the statistical analysis, design, interpretation, and reporting of obesity research.

These include, in no particular order, issues related to

The authors go on to explain each of these errors, citing specific examples from the literature on each.

Most importantly, they also discuss ways to identify such errors and (even better) minimise or avoid them.

As most of these problems are related to statistical handling of the data, the authors passionately argue for the inclusion or at least consultation of statisticians in the both the research and reporting stages of the scientific process, to hopefully produce higher quality, more valid, and more reproducible results.