Home » blog » Obese Kids are Not Causing the Obesity Epidemic

Obese Kids are Not Causing the Obesity Epidemic 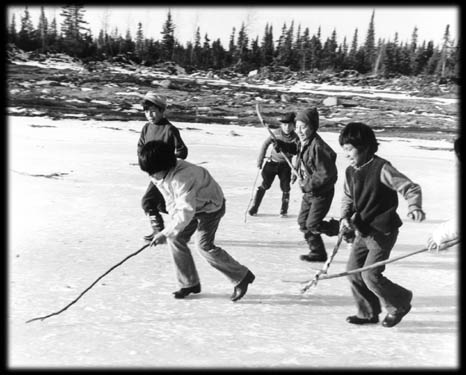 The math is simple – of the one in five adults in most Western countries, who are now considered ‘obese’, very few of them were obese as kids or even as young adults.

In fact, most obese adults are 40 or older. And, despite the alarming increase in childhood obesity (now affecting about one in twelve kids), obesity rates in younger adults remains at about 10% or less. Indeed, the greatest increase in obesity is seen in 45-54 year old men.

These numbers alone, should tell us that most obese adults (and thus, the vast majority of obese people alive today), developed obesity as adults – not as kids!

This is not to say that excess weight in childhood is not a major predictor of excess weight in adulthood – many of my patients recall being teased and bullied about their weight 30 years ago, when they were growing up in rural Alberta, helping with chores around the farm, riding their bikes to school everyday, and playing shinny hockey on a frozen pond all winter.

But the majority of my patients did not have a weight problem till well into adulthood.

Why do I bring this up?

Simply because, I believe that better understanding, or even fully preventing, childhood obesity is unlikely to have a noticeable impact on adult obesity rates anytime soon.

The problems that lead to obesity for the vast majority of obese adults occurred during their adult years.

Their obesity was not caused by lack of phys-ed classes, poor school lunch programs, hallway vending machines, or parents too busy to cook dinners from scratch.

Their obesity was probably also not caused by too much video gaming, too much TV watching, or not playing outside till the lights came on.

Remember, the demographic group with currently the highest obesity rates (almost one in three) were kids in the 50s and 60s – an era, when a 6 oz serving of pop was considered a rare treat.

1) Focussing all of our efforts solely on better understanding the drivers of childhood obesity and trying to prevent it likely means continuing to ignore the drivers of adult obesity, which account for the vast majority of obesity in the population.

2) Even if we successfully eliminate childhood obesity, by say, changing our kids’ lifestyles back to the lifestyles of kids back in the 1960s, we may still see obesity affecting as many people in 50 years as it does today.

3) Adults with obesity today will live another 30-40 years (or longer) – many more adults not obese today, will become obese tomorrow – this is why preventing and treating ADULT obesity must be the most important priority for any health care system.

5) As far as I can tell, the strongest ‘halo’ affect of treating adult obesity is on their kids (the most extreme examples of this come from the kids of parents who have undergone bariatric surgery). Simply stated: successfully treat the parents and you ‘automatically’ prevent obesity in the kids.

I am not implying that childhood obesity is not a concern and that improving the lifestyles of all our kids (irrespective of their shapes and sizes) should not be an important goal.

All I am saying is that we need to stop ignoring the adults if we hope to make any dent in the obesity epidemic in our lifetime.

Imagine if the obesity epidemic was due to a virus that mostly affects adults – would we just be vaccinating the kids?