Home » blog » Cancer Is Not a Disease

Cancer Is Not a Disease 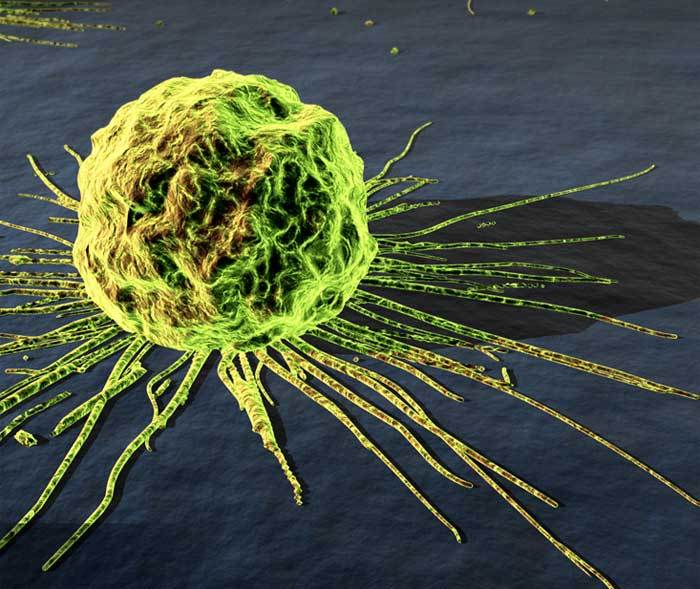 Warning: this satirical post may be offensive to the cancerous or people that you love, who may happen to be cancerous[1]. It is loosely based on David Katz’s perspective on obesity, published in Nature Outlook – no offence!

CANCER IS NOT A DISEASE

The World Health Organisation has long declared cancer to be a disease. This well-intentioned move is misguided in that it implies that tens of millions of people must have bodies or minds, or both, that are not working properly. Even seemingly healthy people— adults and children alike —, who may well harbour cancerous cells in them, are now, by definition, diseased. Imposing such a status has broad ramifications for society and requires careful reflection.

The standard definition of cancer is that of having cells in your body that divide without control and are able to invade other tissues. These cancerous cells are associated with an increased risk of illness, disability and death. However, a risk factor is not a disease, because each can occur independently of the other.

Cancer is an important contributor to the prevailing burden of chronic disease, lying on the causal pathway to much of what plagues modern society and its people — cachexia and organ failure to name two of the most serious [2]. However, not only can these problems develop in the absence of cancer, but not everyone with cancerous cells in them develops any such condition [3].

The categorization of cancer as a disease could have a pernicious influence on efforts to remedy the problem at its true origins [4]. The treatment of diseases customarily involves drugs, medical technology, clinic visits and surgical procedures. If cancer is a disease, the therapeutic advances on which its management depends presumably reside in these domains.

The disease approach would impose substantial costs. Cancers affect many tens of millions of adults and children in the United States alone [5]. If we were now to conclude that all these individuals warrant disease treatment, the collective need for drugs and cancer surgery would be staggering. That would mean not only a huge financial outlay, but the imposition of a vast array of side effects on the cancerous population. Even the best of drugs are prone to side effects, and to date, cancer management has been forced to rely on anything but the best of drugs [6]. The long-term effects of cancer surgery are still highly uncertain as well — particularly for ever younger candidates. Even if surgery proves sustainably effective, the need to rely on the rearrangement of natural gastrointestinal anatomy (as in the case of GI cancers) as an alternative to better use of feet and forks seems a societal travesty.

The consequences of labelling cancer a disease seem to be a price the medical profession is willing to pay to legitimize the condition. It may also be an attempt to own it, and the profits that come with treating it [7].

Our bodies, physiologies and genes are the same as they ever were [8]. What has changed while cancer has gone from rare to pandemic is not within, but all around us. We are drowning in cancerogens including those in foods engineered to be irresistible [9]. Although lack of physical activity is well-known to substantially increase the risk of cancers, we are awash in labour-saving technologies and a societal mindset that urges us to use all that we invent [10].

Like breathing air, our capacity to get cancers is part of normal biology [11]. The dividing line between normal and abnormal cell division has nothing to do with cell division per se, but rather whether or not these cancerous cells are detected and destroyed by our immune systems, a fundamental survival strategy of omnivorous and carnivorous animals. In our ancestral context, they were; in our modern context, our immune systems may be less efficient [12].

We don’t wait for people to drown and devote our focus to resuscitation [13]. Instead, we do everything we can to prevent drowning in the first place: we erect fences around swimming pools, station lifeguards at beaches, offer swimming lessons, and keep a close eye on one another at the water’s edge. People still drown [14], so we need medical intervention as well. But that is a last resort, far less good than prevention, and applied far less commonly [15].

There is an analogous array of approaches to cancer prevention and control. These include environmental reforms, such as making stairs, pavements and bike lanes more readily available, and altering food service settings to encourage the more healthy choices; social reforms, such as making physical activity programming a standard aspect of every work and school day; policy reforms, such as regulation of both food formulations and food marketing; and skill-building, including teaching adults and children how to identify more nutritious foods and how to cook [16].

Cancer warrants medical as well as cultural legitimacy and respect, but needs not be a disease to earn them [17]. Calling cancer a disease contradicts the functioning of our bodies, and implies a blame residing there. But the blame for hyperendemic cancer, and its best remediation, resides not within bodies that work as they ever did, but all around, with the collective actions of the body politic [18]. ■

1. If the term “the cancerous” appear offensive to you, suck it up! After all, this is exactly the way that people with obesity get referred to all the time (as in “the obese”).

2. In fact, no one actually ever dies of cancer. Cancerous people die of infections, cachexia, organ failure and toxic effects of chemotherapy – having cancerous cells growing in you is a risk factor for all of these problems, but the cancer cells themselves will rarely kill you.

3. Interestingly enough, a surprisingly large number of cancerous people live on to die of natural and unnatural causes entirely unrelated to their cancers.

4. For which we know that environmental factors play a major role – not just diet and physical activity, throw in environmental toxins, pollutants, cigarette smoke, sunlight, naturally occurring radiation and perhaps even electromagnetic smog (although I don’t quite buy the latter). Yes, some cancers may be genetic – but then again, so are some forms of obesity – if anything,  I’d call it even.

6. Seriously, cancer drugs are anything but safe (they are in fact designed to be toxic!).

7. Yes, let us leave making money off the cancerous to charlatans and the commercial tumor-loss industry – never trust Doctors – they’re only in it for the money.

8. OK, this is true, i.e. if you choose to ignore the entire body of literature on epigenetics and how environmental factors (e.g. the uterine environment) can alter gene expression by permanently(!) modifying (i.e. changing the chemical structure of)  our DNA.

9. As an interesting aside, virtually every dish, prepared by a chef worth her salt, is designed to be “irresistible”. In fact, that’s the whole point of culinary skills (and cooking shows). Indeed, I can attest to the fact that nothing beats the addictive nature of Michelin-starred cuisine – the only thing holding me back from living out this addiction is the rather unfortunate price tag (which is why I’ll just stick with hot sauce).

10. I cannot but help think of all the poor inventors who sit on countless worthless patents for inventions that will never see the day of light. Like I say in my show – obesity is largely Edison’s fault – had he not invented the electric bulb, we’d all be in bed at dusk and up at dawn (which is why We The North, do need afternoon naps – especially in Winter).

11. Or at least normal biology – I simply cannot resist quoting Dr. Oz on this one, who, according to a certain Dr. Li featured on his show (apparently the President and Director of the Angiogenesis Foundation ), explains that,

“..the human body is made up of more than 50 trillion cells that are continuously dividing to keep us healthy. But if just one of those cells makes a mistake or “mutates” than presto! we have formed a potentially microscopic cancer. The good news is that most of these abnormal cells will never become dangerous because our bodies have excellent defenses against cancer. Our immune system is one defense and another defense is our body’s ability to resist blood vessels from growing into and feeding cancers.”

12. Apparently, the “secret sauce” we are missing to keep these naturally occurring cancer cells at bay, are the ‘essential’ supplements and “miraculous” super foods we should be adding to in our diets.

14. In fact according to this WHO source, there are 359,000 annual drowning deaths worldwide, which makes drowning the 3rd leading cause of unintentional injury death, accounting for 7% of all injury-related deaths world wide.

15. Too bad, because I wonder how many of the 359,000 deaths could be saved if we taught more people the basics of cardiopulmonary resuscitation.

16. Indeed! Only the already rather extensive length of this post stops me from listing all the other potential strategies that we could embrace to remarkably reduce the incidence of cancers. For the Readers Digest’s recommended 31 Simple Ways to Prevent Cancer (from eating more sauerkraut to calling up your bowling pal) click here