Home » blog » Can Planned Cheating Help You Stick With Your Diet?

Can Planned Cheating Help You Stick With Your Diet? 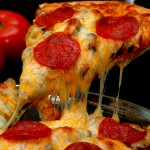 Many diet plans praise the importance of strict adherence to whatever the storyline of the diet happens to be. This includes tips on what foods to avoid or to never eat. Indulging in these “forbidden” foods, is considered cheating and failure.

Now, research by Rita Coelho do Vale and colleagues, published in the Journal of Consumer Psychology, explores the notion that planned “cheats” can substantially improve adherence with restrictive diets.

Using a set of controlled dietary experiments (both simulated and real dieting), the researchers tested the notion that goal deviations (a more scientific term for “cheats”) in the plan helps consumers to regain or even improve self-regulatory resources along the goal-pursuit process and can thus enhance the likelihood that the final goal is attained.

That, is exactly what they found:

Compared to individuals who followed a straight and rigid goal, individuals with planned deviations helped subjects regain self-regulatory resources, helped maintain subjects’ motivation to pursue with regulatory tasks, and (3) has a positive impact on affect experienced, which are all likely to facilitate long-term goal-adherence.

Thus, the authors conclude that, “…it may be beneficial for long-term goal-success to occasionally be bad, as long it is planned.”

This is not really that new to those of us, who recommend or use planned “treats” as a way to make otherwise restrictive diets bearable.

Good to see that there is now some research to support this notion.