Home » blog » Can Not Tasting Fat Make You Fat?

Can Not Tasting Fat Make You Fat? 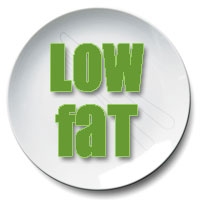 As you are probably well aware, we have five well-documented senses of taste: salt, sweet, sour, bitter and umami.

But, as you may also be aware, there is mounting evidence for a sixth sense – the taste of fat. It turns out that we have distinct chemoreceptors in our mouths that can detect the taste of fatty acids – or in other words – fat.

An interesting study by Russell Keast and colleagues from Deakin University in Australia, published in Appetite, shows that people, who lack the ability to taste fat will consume more fatty foods in an ad libitum diet.

Subjects in this study (n=24) were first tested for their ability to taste fat and then participated in a blinded crossover study where they are offered four different breakfasts (high fat, high protein, high carbohydrate) and a balanced macronutrient breakfast on four separate days.

It turned out that, following the high-fat breakfast, subjects with impaired ability to taste fat (n = 10) consumed about 500 extra calories (and about 250 extra grams of food) at lunch compared to other subjects.

In contrast – there was no significant difference in lunch intake after the other breakfasts.

From these findings the authors conclude that,

If these findings hold true in the general population, then we have a very plausible explanation how the low-fat craze of past years may have played a substantial role in the rise in obesity.

This low-fat obsession has previously been linked to obesity rates, but the general explanation was that this may be due to replacing fat with sugar in low-fat products.

While this may indeed play a role, the present study suggests that not eating enough fat (at least in people with an impaired ability to taste fat) may well lead to overeating – perhaps due to lack of the satiating effect of fat in these individuals.

Although it is always difficult to predict long-term changes in energy balance from such short-term studies, the implications would be interesting – I wonder if we will soon be advising our patients to avoid low-fat products as a means of eating fewer calories.