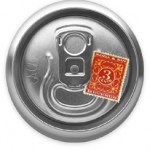 One commonly heard propositions to combat the obesity epidemic is to tax soft drinks. No doubt, sugary soft drinks are a common and important source of “empty” calories, but will taxing soft drinks really reduce obesity rates?

This assumption was now examined by Yale University’s Jason Fletcher and colleagues, in a paper just published in Contemporary Economic Policy.

The researchers collected information on taxation of soft drinks with respect to specific excise taxes on soft drinks and other snack taxes, general state sales taxes, and special soft drink exceptions to food exemptions from sales taxes in several US States between 1990 to 2006. Height and weight data was used from the representative NHANES III data set.

Using complicated models accounting for a variety of potential confounders, the authors confirmed that state soft drink taxes have a statistically significant impact on behavior and weight; however, the magnitude of the effect is surprisingly small.

Thus, a 1% increase in the state soft drink tax rate leads to a decrease in BMI of 0.003 points and a decrease in obesity and overweight of 0.01 and 0.02 %, respectively.

In addition, The impact of state soft drink taxes is larger for females, middle-aged and older individuals, individuals with greater education, and varies according to race and ethnic categories.

In fact, they estimate that even a 20% increase in soft-drink taxes would only lead to a mean BMI change of 0.06 points, although the impact may be somewhat larger for some demographic groups.

Indeed, even if soft drinks were to be taxed at around 58%, the current average taxation rate for cigarettes,
the researchers estimate that mean BMI in the United States would likely only decrease by 0.16 points and reduce the proportion of overweight or obesity in the population by 0.7%.

In comparison, the between 1990 and 2006, the average increase in population BMI in the US was around 2.3 points.

While the authors conclude that although the effect of increased taxation of soft drink may do little for obesity, they point out that there may be other health benefits, including improvement in dental health.

Additionally, an increase in the soft drink tax of this size would raise considerable revenue for the federal and state governments that could perhaps be used to implement other measure to address the obesity epidemic.

While the authors by no means wish to condone the increased consumption of soft drinks, their analysis clearly suggests that any hope that simply slapping a tax onto soft drinks will somehow reduce obesity rates appears unfounded.