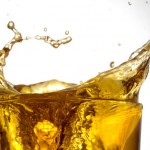 Readers may recall a previous post on the relationship between physical activity or TV viewing and obesity in Canadian kids – the result did not show much of a relationship – if anything, obese kids were probably doing more physical work than normal weight kids.

Now, another study, challenges the widely held notion that, apart from not being as active, obese kids also spend most of their time guzzling sugar-laden beverages, reason enough for policy folks to tax, ban, blame and shame overweight kids into sticking with the water fountain.

While that may well be ok (I grew up drinking little else than water), hoping that this will make a dramatic difference on childhood obesity rates may be more than such efforts may deliver.

Thus, according to a paper by Adrienne Danyliw and colleagues from the University of Saskatchewan, published in Applied Physiology Nutrition and Metabolism, beverage intake patterns identified by cluster analysis of data from the cross-sectional Canadian Community Health Survey 2.2, does not reveal a strong link between beverage consumption and obesity in Canadian kids (with some caveats – see below).

The analyses of beverage consumption of over 10,000 kids, included intake data obtained from a single 24-hour recall, measured height and weight, and sociodemographic data obtained through interviews.

Overall, the researchers failed to find any significant relationship emerged between beverage pattern and overweight and obesity among the kids with one exception: in boys aged 6-11 years, drank more than half a liter (553 g) of softdrinks had a two-fold higher risk of being overweight or obese than kids with a ‘moderate’ beverage pattern.

Thus, with the exceptions of young boys, who drink a fairly impressive amount of soft drinks, this national cross-sectional dietary intake data does not suggest that beverages are a major driver of excess weight in Canadian kids.

This does not mean that drinking a large amount of softdrinks or fruit juices is good for you – it does mean, however, that blaming the obesity epidemic fully or even in part on increased consumption of these beverages may overly simplistic.

Of course, I am more than aware (as are the researchers) about the limitations of these kind of studies. Not only is 24-hour recall data (even when mistakes average out when you have 10,000 participants) not exactly ‘robust’, nor is it ever possible to correct for all possible confounders that may be relevant.

On the other hand, had the researchers found a positive relationship between beverage consumption and obesity, I am guessing that many would have held up this paper as ‘definitive’ evidence that softdrinks are at the root of Canada’s obesity epidemic (see my previous post on white-hat bias).

As it stands, blaming Canada’s obesity problem on inactivity and soft drinks, may be not only too simplistic but simply wrong. This is not to say that being more physically active and turning to the water tap for hydration may not be best for all concerned.

Just too bad that the data does not exactly support the policy.