Bariatric Surgery on Moms Changes Genes in their Kids 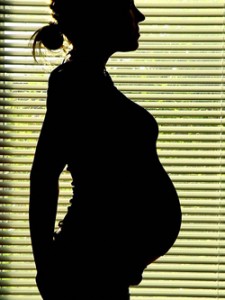 Regular readers may recall a previous post describing the finding that bariatric surgery on obese women quite dramatically reduces the risk of subsequent obesity in their offspring.

Now, the same group of investigators from Laval University, Quebec City, in a paper published in PNAS, demonstrates striking differences in the methylation of genes controlling glucose metabolism in offspring born to mothers after they underwent gastrointestinal bypass surgery.

In a rather unique set up, the researchers compared gene methylation between a sibling cohort of 25 offspring (age 2-15) born before the mothers underwent bariatric surgery to 25 offspring born to the same mothers after they had surgery.

Almost 6,000 genes were found to be differentially methylated between the “before” and “after” siblings, especially genes known to be involved in glucoregulatory, inflammatory, and vascular disease.

Significant correlations were found between gene methylation levels and gene expression and plasma markers of insulin resistance and metabolic improvements in post-surgical offspring.

As the authors note, this rather unique clinical study shows that bariatric surgery on obese women can have long-lasting (lifelong?) genetic effects on their offspring making them far less prone to obesity and metabolic disease compared to their siblings born to the very same moms prior to surgery.

Not only does this study point to the importance of gestational roots of childhood obesity but also provides robust evidence to the discard the often held view that the current childhood obesity (of for that matter even obesity in young adults) cannot be explained by genetic changes in the population – clearly THE GENES HAVE CHANGED!

Big call out to my youngest daughter, who graduated yesterday from the midwifery program at Ryerson University, Toronto – so proud of you!