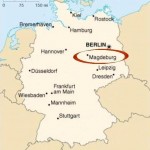 As the number of individuals with severe obesity continues to increase around the world, various countries are beginning to seriously look at the challenges of providing bariatric sugery to an increasing number of patients who desperately need treatment.

A paper just out in Obesity Surgery by a German Bariatric Surgery Working Group, looks at the trend in Germany between 2005 and 2007. The study was conducted by the Institute of Quality Assurance in Surgery at the Otto-von-Guericke University of Magdeburg (Germany).

In this prospective multicenter observational study, the data obtained for all primary bariatric procedures, including all repeated operations, performed on consecutive patients with morbid obesity at participating hospitals from 2005 to 2007 were collected using an Internet online data registry. Data included perioperative characteristics, type of surgical procedures, and short- and long-term outcomes.

In 2005 and 2006, gastric banding was the most frequently performed operation, followed by the Roux-en-Y gastric bypass (RYGBP). In 2007, a RYGBP was performed in 42.1% of all bariatric procedures.

Around 75% of patients were female; the mean body mass index (BMI) was consistently around 48.

Follow-up data after 12 months were available for 63.8% of the patients in 2005 and 2006 and showed greater reduction of BMI after malabsorptive than after restrictive procedures. Mortality was 0.1% (30 days) and 0.16% (overall).

The authors note that, in Germany, as elsewhere, there is an ongoing movement towards malabsorptive procedures and sleeve gastrectomies. Although the BMIs of German patients undergoing bariatric surgery appear to be substantially higher than those of patients from most other countries, there were no differences in intraoperative and short-term complications or in overall outcomes during follow-up compared with published studies.

Obviously, the total number of less than 2000 annual surgeries for a population of 80 Million with an obesity prevalence of around 20% is ludicrously small – I guess Germany is no better in providing adequate bariatric care to its citizens than most countries in the world – in fact, it even seems to fall significantly behind Canada, where access to bariatric surgery in most provinces is virtually non-existent.