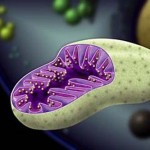 One of the more frustrating aspects of weight loss, is that it is often associated with decreased metabolic rate and increased ‘fuel efficiency’.

Thus, following weight loss, not only does the body need fewer calories, doing the same amount of physical work uses fewer calories than before (the joke is that, if you ran 5K a day to lose weight, you have to run 10K a day to keep it off).

The researchers performed skeletal muscle biopsies in 11 women before and at 6 months after gastric bypass surgery.

As the authors note, not only would this increased “fuel efficiency” in part explain the decreased basal metabolism often associated with weight loss but also the propensity for weight regain that often follows weight-loss interventions.

Obviously, due to lack of a control group, this study does not demonstrate that these changes are in any way specific to weight-loss following bariatric surgery.

Also, given that the nadir of weight loss is generally not achieved until about 18 months following surgery, the changes observed in this study may not represent the maximum increase in mitochondrial efficiency to be achieved with further weight loss.