Home » blog » Bariatric Care: Only For The Brave of Heart?

Bariatric Care: Only For The Brave of Heart? 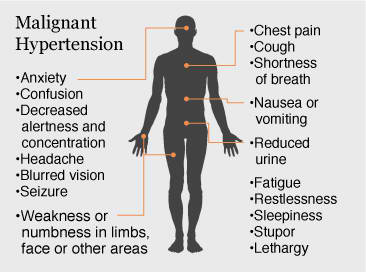 While the surgically treated subjects did as well as might one may expect from the published literature (albeit with rather disappointing results in patients undergoing gastric banding), so did the non-surgically managed patients.

Indeed, the rather modest degree of weight loss at 24 months (~2.8%) is virtually identical to what has been reported at 24 months in randomised controlled trials and other prospective studies, conducted in research settings.

A glass-half-full view of these findings would suggest that clinically significant weight loss at 24 months be achieved in a publicly funded bariatric program (which takes all comers and is generally accessible to patients, who in other systems may not have access to such treatments).

On the other hand, a glass-half-empty view of these findings would suggest that our current behavioural treatments for obesity are dismally inadequate and, despite the dedication of considerable resources, barely scrape the surface of providing the help that these patients need.

If nothing else, this latter view speaks to the sad reality of this condition in terms of its formidable resistance to behavioural treatment.

Indeed, I cannot help but be reminded of the rather dismal state of hypertension management before the advent of modern pharmacotherapy. Older colleagues may recall that not so long ago (less than 50 years!), medicine had little to offer patients with high blood pressure short of drastic sodium restriction, ganglion blockers and surgical sympathectomies (funnily enough, renal denervation for hypertension is currently undergoing a renaissance).

Prior to the discovery of safe and effective blood-pressure lowering drugs, many patients with hypertension rapidly progressed to having strokes, heart attacks and kidney failure. Younger practitioners may have forgotten, but “malignant hypertension”, was once a common medical problem, killed thousands of patients in their mid-fifies – a situation that is now virtually non-existant.

A similar story could be told for lipid management, where, before the advent of modern lipid-lowering medications, despite best dietary efforts, thousands of middle-aged patients would succumb to heart attacks from their elevated cholesterols.

As previously for patients with high blood pressure and high cholesterol, there today remains a severe and urgent therapeutic gap for our obese patients.

The notion that, once established, obesity is a condition that can be conquered by will-power alone is nonsense. As with hypertension and dyslipidemia, where distinct biological homeostatic pathways will sustain elevated blood pressure levels and increased lipid levels despite heroic efforts at “behavioural modification”, once obesity is established, there are powerful biological mechanisms to counter weight-loss efforts.

Not to say that achieving and sustaining significant weight loss is impossible – but the anecdotal “success stories” serve only to remind us just how hard this is.

If there is one thing we can learn from the APPLES study – forget about curing obesity – right now, we’d be a lot better off, if we just had more effective treatments (other than bariatric surgery, which will always only be accessible to a select few).

Even the most optimistic views of obesity prevention do not foresee an end to the obesity epidemic anytime soon (certainly not in my lifetime).

This is why I continue working on and fully support the search for novel treatments for obesity – medications have helped conquer hypertension and dyslipidemia – there is no reason why medications cannot ultimately also help our patients with obesity.