Home » blog » Are Smokers More Deserving of Treatment Than People Living With Obesity?

Are Smokers More Deserving of Treatment Than People Living With Obesity? 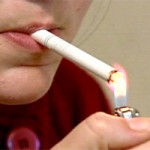 This certainly appears to be the opinion of the majority of people living in Denmark, as reported in a study by Thomas Lund and colleagues published in the European Journal of Clinical Nutrition.

While a large majority supported treatment for lung cancer (86.1%) and COPD 71.2% (even when described as ‘smoker’s lung’ 61.9%), only one in three supported publicly funded weight-loss surgery (30%) and medical treatment of obesity (34.4%).

Not surprisingly, respondents beliefs about the causes of lifestyle-related diseases (external environment, genetic disposition and lack of willpower) and agreement that ‘people lack responsibility for their life and welfare’ influenced support for these treatments, especially in the case of treatments for obesity.

My guess is that these finding will not be significantly different in other countries that have publicly funded health care systems, including the UK or Canada, where treatments for cigarette-related lung and heart disease (as well as treatments for smoking cessation) are by far more accepted and accessible than treatments for obesity.

While I am all for treating and perhaps even further improving the care of people with smoking-related health problems, not having the same degree of concern or accessibility to treatments for obesity should be unacceptable.

Lund TB, Nielsen ME, & Sandøe P (2014). In a class of their own: the Danish public considers obesity less deserving of treatment compared with smoking-related diseases. European journal of clinical nutrition PMID: 25248357