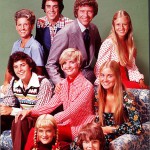 Readers may be aware of the “Resource Dilution Hypothesis”, which postulates that there is a dilution of familial resources available to children in large families, and a concentration of such resources in small ones.

While the importance of this “dilution” effect remains hotly debated, at face value, it sounds plausible.

Indeed, there is no doubt that in most Western countries (with increasing standard of living), recent decades have seen a substantial reduction in the number of offspring per family, resulting in a significant increase in first and second-borns as part of the overall population.

Now, a large longitudinal study by José Derraik and colleagues, published in the Journal of Epidemiology and Community Health, reports that first-born women (in Sweden) tend to be significantly heavier (and slightly taller) than second-born women, leading the authors to suggest that decreasing family size may have something to do with the increase in obesity seen over time in that country.

Indeed, based on this study involving 13,406 pairs of sisters who were either first-born or second-born (n=26 812), the first-born were about 2.4% heavier than their second-born sisters with a 30-40% greater chance of having overweight or obesity.

As interesting as this idea may seem, there are several issues with this type of analysis, which may well be confounded by all kinds of issues and can hardly prove causality. Nevertheless, a similar finding has been reported in male first-borns and the hypothesis certainly has significant face value.

Paradoxically, however, although overall family sizes have decreased, people in lower socioeconomic strata, who tend to have more kids, also tend to have the highest obesity rates. The obvious explanation for this would perhaps also implicate the “resource dilution hypothesis”, as more kids means less money for food, resulting in more (cheaper) caloric-dense processed foods and greater food insecurity.

Accordingly, I would predict that there may well be a “U” or “J” shaped relationship between family size and obesity in the offspring – if anyone has data on this, I’d certainly be interested.