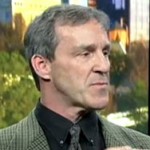 Last week, Edward Archer from the University of Alabama at Birmingham (UAB), published a paper in the Mayo Clinic Proceedings (to much media fanfare), suggesting that the primary driver of childhood obesity is the shifting of nutrient energy to fetal adipose tissue as a result of increased maternal energy availability paired with decreased maternal energy expenditure, resulting in fetal pancreatic b-cell and adipocyte hyperplasia – a theory, which Edwards labels the “maternal resource hypothesis”.

The primary process for these changes, as readers of these pages will have read before, is through epigenetic modification of DNA, which, together with other non-genetic modes of transmission including learned behaviours and environmental exposures (socioenvironmental evolution), leads to “phenotypic evolution”, which Edward describes as,

“…a unidirectional, progressive alteration in ontogeny that is propagated over multiple successive generations and may be quantified as the change over time in the population mean for the trait under examination (eg, height and obesity).”

Since the beginning of the 20th century, socioevironmental factors have significantly altered the energy balance equation for humans

“Socioenvironmental evolution has altered the evolution of human energy metabolism by inducing substantial decrements in EE imposed by daily life while improving both the quality and the quantity of nutrient-energy availability.”

Over the past century, these developments have led to profound phenotypic changes including,

“progressive and cumulative increases in height, body stature and mass, birthweight, organ mass, head circumference, fat mass/adiposity as well as decreases in the age at which adolescents attain sexual maturity…”

Archer goes on to describe some of the many factors that may have changed in the past century, whereby, he singles out sedentariness as one of the key drivers of these developments (not surprising given Archer’s background in exercise science).

Thus, although one could perhaps make very similar arguments for any number of factor that may have changed in the past century to, in turn, affect insulin resistance and ultimately energy partitioning (change in diet, sleep deprivation, increasing maternal age, endocrine disruptors, antibiotic use, gut microbiota, medication use and many other factors I ca think of), Archer chooses to elevate sedentariness to being the main culprit.

While this may or may not be the full story, it does not change the thrust of the paper, which implies that we need to look for the key drivers of childhood obesity in the changes to the maternal-fetal (and early childhood) environment that have put us on this self-perpetuating unidirectional cycle of phenotypic evolution.

Ergo, the solution lies in focussing on the health behaviours (again, Archer emphasizes the role of physical activity) of moms.

While Archer largely focusses on maternal transmission, we should perhaps not forget that there is now some also evidence implicating a role for epigenetic modification and intergenerational transmission through paternal DNA – yes, dads are getting older and more sedentary too (not to mention fatter).

I do however agree with Edward, that this line of thinking may well have important implications for how we approach this epidemic.

“…the acknowledgment that obesity is the result of non-genetic evolutionary forces and not gluttony and sloth may help to alter the moralizing and demoralizing social and scientific discourse that pervades both public and clinical settings.”

“Future research may be most productive if funding is directed away from naive examinations of energy balance per se and redirected to investigations of interventions that alter the competitive strategies of various tissues.”

“From the standpoint of the clinician, accurate patient phenotyping (inclusive of family obstetric history and metabolic profiling) may allow the targeting of women most likely to be a part of populations that have evolved beyond the metabolic tipping point and therefore require significant preconception intervention.”

While none of this may be easier or more feasible than other current efforts, they may well point us in a different direction than conventional theories about what is driving childhood obesity.