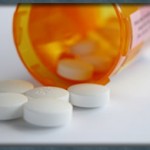 I have previously blogged on the profound effect of second generation antipsychotics (SGA) on weight gain. A new article by Melissa Blouin and co-workers from Laval University (Quebec City, Canada), published in this month’s issue of OBESITY, now examines the effect of these compounds on appetite, hunger, satiety, restraint and food preferences in SGA-treated patients (n=20) compared to controls (n=18).

Following a standardised breakfast, SGA patients had more hunger, higher cognitive dietary restraint, disinhibition and susceptibility to hunger than controls. In contrast to the controls, disinhibition in SGA-patients was largely triggered by internal cues. Although SGA-patients displayed higher strategic restraint behaviour, they also reported lower satiation after the buffet meal. No differences were found in food preferences.

This study has a number of interesting angles. Not only were the SGA-treated patients more susceptible to hunger, they were also more likely to consciously restrain their food intake, perhaps as a strategy to control their weight. This of course explains in part the fact that they were less likely to feel full or satiated after a meal than the controls.

It is well known that cognitive restraint (i.e. voluntarily trying to limit food intake) produces a tendency to overeat or even binge when restrictions are lifted (e.g. social disinhibition). The ultimate result, paradoxically, is weight gain or re-gain. This counter-regulatory phenomenon has been well described by Janet Polivy (University of Toronto) and essentially shows that food deprivation amongst dieters (achieved with cognitive dietary restriction) produces a tendency to overeat, explaining why long-term dieting does not work for restrained eaters. In other words – trying to simply eat less as a treatment for obesity is doomed to failure!

On a humanitarian note, the SGA-patients appear to be caught in an unfortunate vicious cycle: The antipsychotics alter eating behaviour to increase body weight – patients try to avoid further weight gain by cognitively restraining their food intake – as a result they feel less satiated and end up eating even more.

Of course, from this study, we don’t really know if the patients’ abnormal behaviour is due to their medications or simply due to their underlying disease. A third group of subjects consisting of psychotic patients treated with older antipsychotic medications may have answered this question.

Nevertheless, the study does demonstrate that we need to be very cautious in simply blaming someone with obesity for their condition. As this study reminds us – trying to not gain weight by simply eating less, is often a prescription for weight gain.