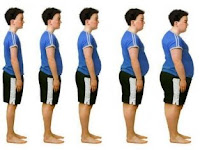 Yes, there’s a childhood and adolescent obesity epidemic out there. The word on the street now is that “this is the first generation of kids, who will not outlive their parents”.

But is this really true? Where is the data showing that childhood obesity is really a risk factor for early death?

This question is now answered by perhaps the largest study on this issue to date published by Tone Bjørge and colleagues from the University of Bergen, Norway, in the American Journal of Epidemiology.

Bjørge and colleagues studied the relationship between BMI (measured height and weight) and mortality in 227,000 adolescents (aged 14-19 years) recruited in Norwegian health surveys in 1963-1975. During follow-up (8 million person-years), 9,650 deaths were observed. Cause-specific mortality was compared among individuals whose baseline BMI was below the 25th percentile, between the 75th and 84th percentiles, and above the 85th percentile in a US reference population with that of individuals whose BMI was between the 25th and 75th percentiles.

Risk of death from endocrine, nutritional, and metabolic diseases and from circulatory system diseases was increased in the two highest BMI categories for both sexes. Relative risks of ischemic heart disease death were 2.9 for males and 3.7 for females in the highest BMI category compared with the reference. There was also increased risk of death from colon cancer (males: 2.1; females: 2.0), respiratory system diseases (males: 2.7; females: 2.5), and sudden death (males: 2.2; females: 2.7).

The authors conclude that adolescent obesity is related to increased mortality in middle age from several important causes.

Clearly not a good sign for what awaits our sons and daughters unless we get a hold on the obesity crisis.