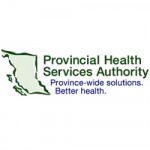 The aim was to provide feedback on the proposed recommendations for changing the obesogenic environment as well as addressing issues around food, physical activity, treatment and disease surveillance.

As a clinician, I was allocated to the treatment discussion group. This group championed the proposal to develop a continuum of obesity management services that address the needs of uncomplicated overweight to morbidly obese people, ranging from clinical prevention to bariatric surgery.

Of course, other groups focused on population wide prevention strategies including recommendations to change the food landscapes in schools and workplaces as well as a range of suggestions on how to make everyone more physically active.

There was also considerable time allotted to pointing out that there would need to be very specific considerations for dealing with obesity amongst British Columbia’s substantial and diverse First Nation, Metis, and Inuit population.

Although there were some interesting discussions in the room about the complexity of the whole problem and what exactly to do next, there was clear consensus on one point: doing nothing is not an option!