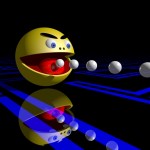 The dream of many teenagers (and parents?) is the notion that active video gaming can help manage weight by burning off those extra calories.

Unfortunately, judging by a randomised-controlled trial by Aidon Gribbon and colleagues from the University of Ottawa, published in the American Journal of Clinical Nutrition, this remains but a dream.

For this study, 26 male adolescents were randomised to three 1-hour sessions of rest, seated video game and an active video game. This was each followed by an ad libitum lunch. The researchers also asked the subjects to complete dietary records for another 3 days

Energy expenditure was measured by using portable indirect calorimetry throughout each experimental condition, and an accelerometer was used to assess the subsequent 3-d period.

Although energy expenditure (as measured by indirect calorimetry) was significantly higher during the active game, there was no significant differences in energy balance at 24hrs or 3 days after the end of the game (no surprise here).

Thus, while the researchers did not see any change in appetite or food intake after the active game, they also found no difference in energy balance after 24 hrs.

Thus, the energy expended during the game was apparently fully compensated for, suggesting that active gaming may have a rather modest (if any) effect on energy balance.

As to exactly how this compensation happens – the researchers attribute this to the:

On a positive note, the authors also did not see an expected increase in caloric intake after the games.

Whether or not active video gaming over time may lead to different effects remains to be seen.